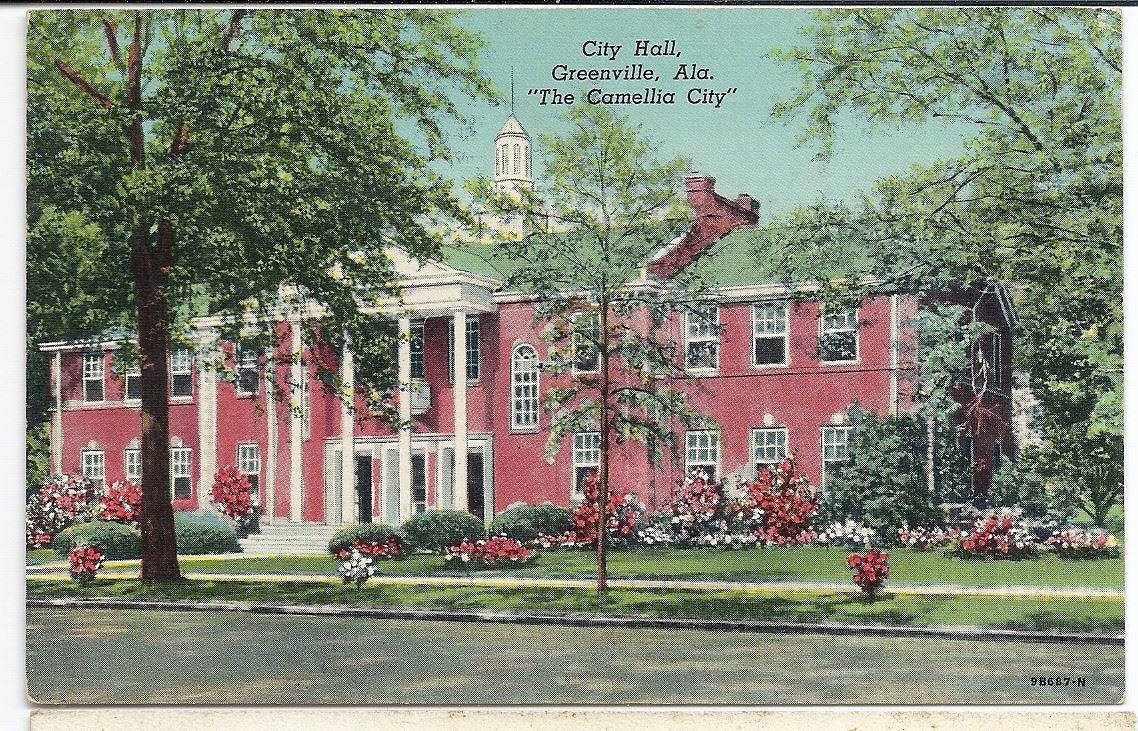 Greenville, located in the heart of Butler County, Alabama, is a town with a rich background of history and culture, destined by location to play an important part in the early years of our state.

Greenville’s first settlers arrived in 1819 from Georgia and the Carolinas, traveling on the Federal Road, a major pioneer highway that opened up the southern section of Alabama to settlement.

The Federal Road followed an ancient Indian trail that was used by naturalist William Bartram in 1775. It brought thousands of emigrants into the area between Montgomery and Mobile, first as part of the Mississippi Territory and then the Alabama Territory.

By the time Butler County was officially created from Monroe and Conecuh counties on December 13, 1819 – one day before Alabama became a state – hundreds of residents had built homes and established farms and businesses here.

The new county was named for Captain William Butler, who was killed by Indians near Fort Bibb in March 1818. Two militia-manned forts were established in Butler County in response to the Indian attacks of 1818: Fort Dale and Fort Bibb. These forts further encouraged waves of settlers to venture down the Federal Road in the rush of “Alabama Fever.”

Emigrants arriving in January 1819 found an attractive site a few miles south of Fort Dale, on land originally patented by Ephraim Parmer in 1818. The settlement was first called “Butlerville,” for Capt. William Butler, but was renamed Greenville in 1822 when the town, rapidly becoming the largest community in the county, was selected as the county seat. A courthouse was constructed. Residents built stores, schools, churches, grist mills, roads, bridges, and more.

As Greenville grew, its location was popular and well-known all over the state. The Alabama legislature considered Greenville among other towns as a possible site for the University of Alabama in 1827.

The Montgomery & West Point Railroad was completed through Greenville in 1860-1861. Although the Civil War years interrupted the promised prosperity of the new transportation link, the railway still influenced the community. A Confederate hospital was established in Greenville by 1862, as wounded troops were sent to towns located away from battle lines and major defense areas. Today, the handsomely restored train depot, built in 1910, is the home of the Greenville Area Chamber of Commerce.

Lomax Hannon College was established in 1893 in Greenville to educate African-American students. Lurleen B. Wallace Community College opened a campus in Greenville in 1965, the same year that Dr. Martin Luther King spoke to a standing-room only congregation in Greenville.

Noted Greenville residents have included John Pratt, who invented one of the first typewriters; Ina Marie Porter Ockendon, the first woman in the Alabama Press Association; Hilary Abner Herbert, who served as U.S. Secretary of the Navy, 1893-1897; and Gen. Robert E. Steiner, one of the early leaders in, and founders of, the Alabama National Guard, and one of organizers of the American Legion.

Greenville residents and leaders chose the camellia as the city flower in 1937, and the town is known throughout the country today as the “Camellia City.” Greenville’s promotion of the camellia led to it becoming Alabama’s state flower in 1959.

Many of Greenville’s homes, churches, and commercial and civic buildings are included in the town’s National Register of Historic Places districts and the State of Alabama Register of Landmarks and Heritage. Significant examples of 19th and 20th-century architecture include the copper-domed 1903 courthouse; the Ritz Theater as a 1935 art deco movie palace; the WPA-built, colonial revival architectural style City Hall; and five historic churches within a few blocks of downtown.

Cambrian Ridge Golf Course was constructed in 1992, when Greenville was selected as a site on the acclaimed Robert Trent Jones Golf Trail. Worldwide auto manufacturers have chosen Greenville as a business site; movies have been filmed here (“Honeydripper” won the 2008 NAACP Image Award for Outstanding Independent Motion Picture); and University of Notre Dame architectural students visited Greenville to study its historic buildings in 2003. The boyhood home of the legendary country music star, Hank Williams, is a short distance away in Georgiana, and the annual music festival in June draws thousands of visitors to Greenville and Georgiana.

Greenville’s location continues to affect its history and development today. The Interstate Highway 65 corridor roughly follows the old Federal Road through much of this part of the state. As it did during the founding years of Alabama, this major artery includes Greenville as a hub of transportation, settlement and commerce. Greenville’s rich history has paved the way for a bright future. 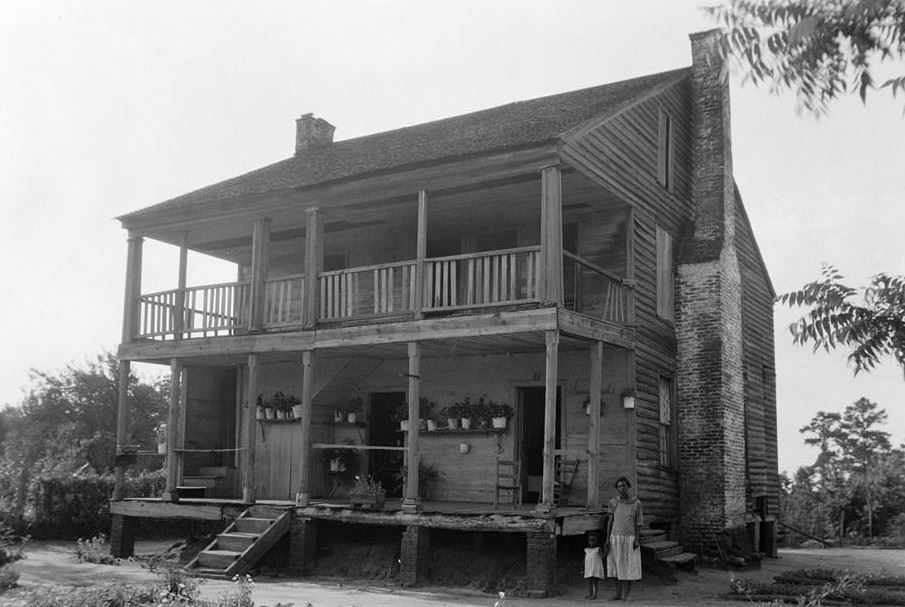